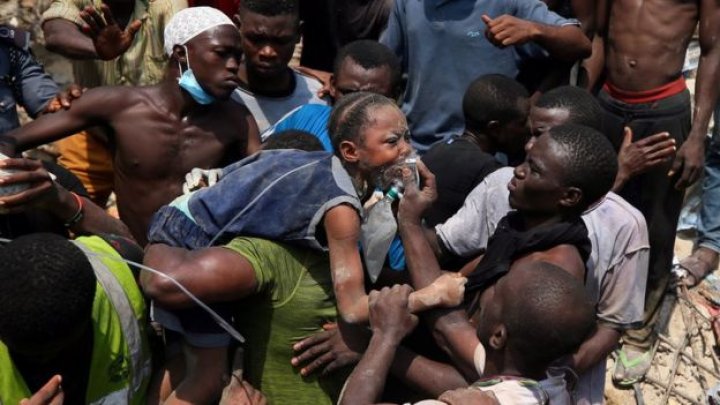 At least eight children have died and many more are feared trapped after a building containing a school collapsed in the Nigerian city of Lagos, writes BBC.

The school, which was on the top floor of the three-storey building, in Ita Faji on Lagos Island, reportedly had more than 100 pupils.

Images from the scene showed rescuers searching through piles of broken concrete and twisted metal.

The cause of the collapse was not immediately clear.

The collapsed building was a residential block containing a number of apartments as well as the school, residents and rescue officials at the scene told the BBC.

Emergency teams pulled several injured children from the rubble, but many worried parents have arrived at the scene while others have gone to a local hospital to look for their children.

Ibrahim Farinloye, a spokesman for the National Emergency Management Agency, said the collapse happened at about 10:00 local time (09:00 GMT).

"It is believed that many people including children are currently trapped in the building," he said.

It is not unusual for buildings to collapse in Nigeria. Materials are often sub-standard and the enforcement of regulations lax.