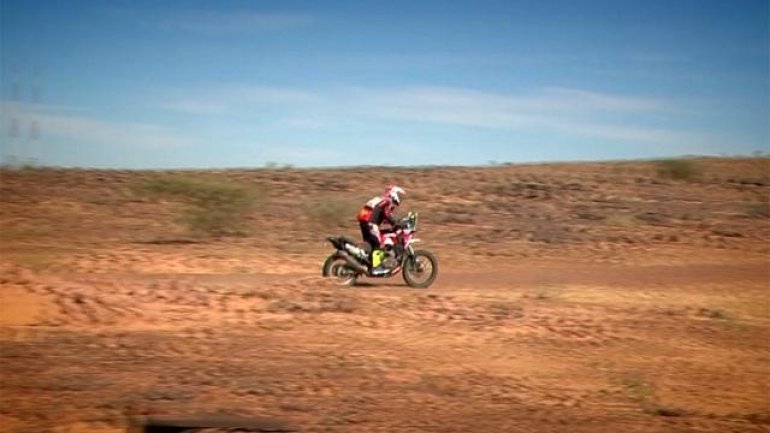 Paulo Ceci claimed his third victory of this year’s Africa Eco Race by winning the penultimate stage 11 from Akjoujt to St Louis in Senegal, according to euronews.com.

It was a modicum of solace for the Italian Honda rider, who suffered a broken clutch earlier in the week which cost him a place on the overall podium.

Defending champion from Norway Pal Anders Ullevalseter was second at one minute and 25 seconds while overall race leader Gev Teddy Sella from South Africa rounded out the podium in third.

Sella’s lead atop the standings is now down just over 50 minutes and bar accident on the final stage he should claim his first overall victory in the event.

Mathieu Serradori also enjoyed his third stage victory of the ninth edition of the race in the car class.

Vladimir Vasilyev has all but assured himself of overall victory.

The Russian mini driver was second on the day and extended his race lead to two hours and ten minutes.

Czech Jaroslav Valtr won the stage in the trucks category but a third place finish for Russian Andrey Karginov in his Kamaz has pretty much guaranteed the overall title with just Saturday’s stage left to race.