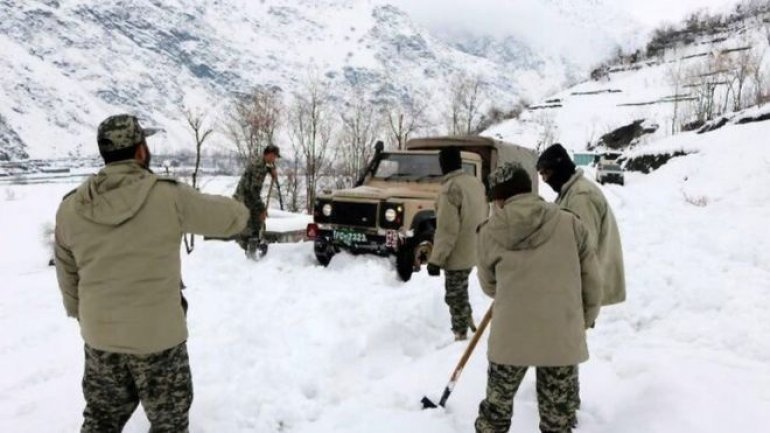 Heavy snow and avalanches have killed more than 106 people and injured dozens in Afghanistan, BBC reports.

In the deadliest incident, 53 people died in one village after an avalanche in Nuristan, a north-eastern Afghan province on the Pakistan border.

Thirteen people were also killed in an avalanche in northern Pakistan, nine of them in the town of Chitral.

Dozens of houses have been destroyed and people were reported to have frozen to death, trapped in cars.

Afghanistan's minister of state natural disasters, Wais Ahmad Barmak, confirmed the number of dead to BBC Afghan. There were also avalanches to the north of the Afghan capital, Kabul.

"Avalanches have buried two entire villages," a spokesman for the ministry told news agency AFP of the Barg Matal area in Nuristan.

The neighbouring mountainous province of Badakhshan was also badly hit by snow storms.

Provincial Council member Khalilullah Ghayor told BBC Afghan that two helicopters will be deployed to the area to look for survivors and deliver aid.