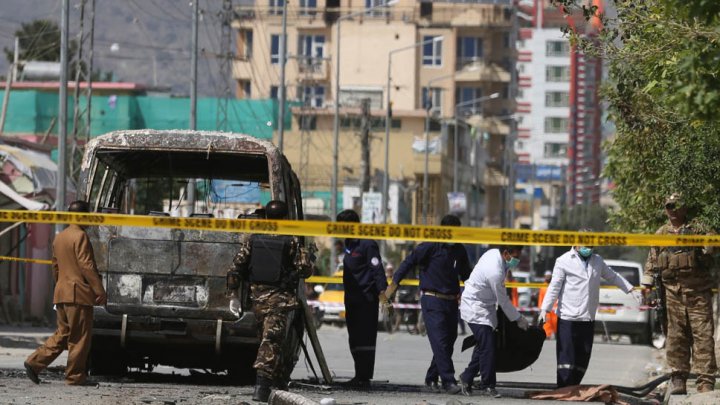 A magnetic bomb blew up a bus carrying government employees in the Afghan capital on Monday, killing at least five people and wounding 10 in a ball of flame, reports ZeeNews.

The explosion, the latest in a series of bomb blasts to hit Kabul in recent days, came with the city under tight security ahead of this week`s Eid-ul Fitr holiday ending the Muslim holy month of Ramadan.

Interior Ministry spokesman Nasrat Rahimi said the bus was carrying employees of the Independent Administrative Reform and Civil Service Commission when the bomb exploded, enveloping the bus in flames and thick black smoke.

There was no immediate claim of responsibility for the attack, which came only hours after the interior ministry briefed media on security measures in large cities, especially in Kabul, ahead of Eid.

On Sunday, two people were killed and 24 wounded by bombs targeting a bus carrying university students in Kabul. The blasts were claimed by Islamic State militant group.