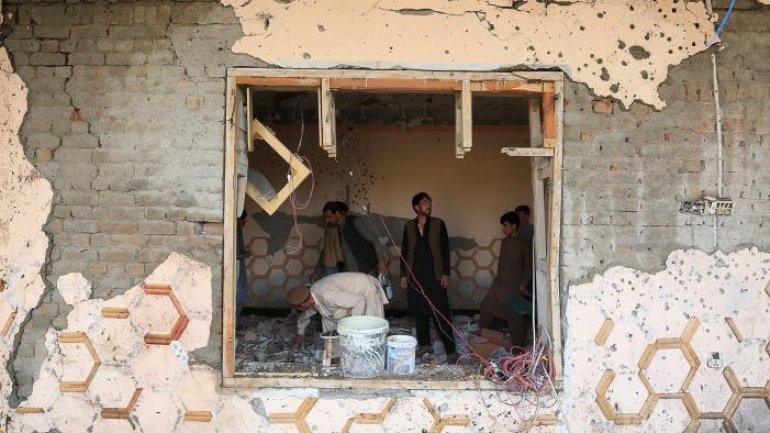 A suicide bomber killed at least four people and wounded seven at a meeting of tribal elders on Monday in the eastern province of Nangarhar, Afghan officials said, blaming Islamic State militants for the attack, reports Reuters.

Attaullah Khogyani, spokesman for the governor of Nangarhar, the main stronghold of Islamic State in Afghanistan, said the meeting of elders had been called to settle a dispute when the bomber struck.

"Elders from Pachiragam district had gathered in Jalalabad city at a house to resolve their internal disputes and make a front against Daesh but a suicide bomber disrupted the meeting, killed and wounded several people including elders," he said, referring to Islamic State.

According to Malek Ghyas, an elder who was wounded in the attack, the bomber first opened fire and then detonated his explosives, causing many casualties.

Councils of tribal elders are a fundamental means of managing affairs in many parts of Afghanistan where government control is weak but they have been targeted by Islamic State as it seeks to establish its own authority in eastern Afghanistan.