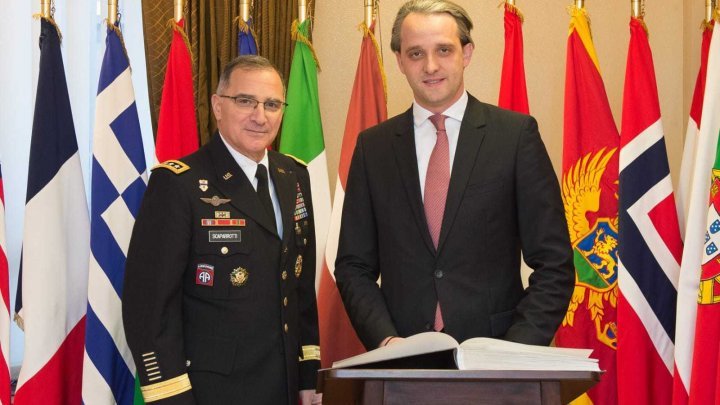 The talks between the two officials focused on advancing the strategic dialogue between the Republic of Moldova and the Allied countries and their support in the consolidation and modernization of the National Army.

The Minister of Defense referred to the medium and long-term priorities of the institution aimed at training the staff of professional soldiers, focusing on the creation of a sergeant training school, participation and organization of joint exercises with allied and partner countries for testing interoperability, as well as enhancing the contribution to global and regional security.

General Scaparrotti noted that NATO is willing to continue providing assistance to reform the defense sector, in particular, to carry out the project to improve the stockpiles of ammunition in the National Army's depots, and to create a sergeant training school in line with international standards.

Additionally, Eugen Sturza and General Scaparrotti, reviewed the Moldovan-American collaboration on the defense dimension through training and assistance programs run both in the Republic of Moldova and the United States .

In turn, General Scaparrotti thanked the Republic of Moldova for contributing to international security, as well as the opening of this year's Chisinau annual conference to plan the evaluation process in line with the Operational Capabilities Concept (OCC).

It is worth mentioning that the Minister of Defense is on an official visit to Belgium during February 3-5.