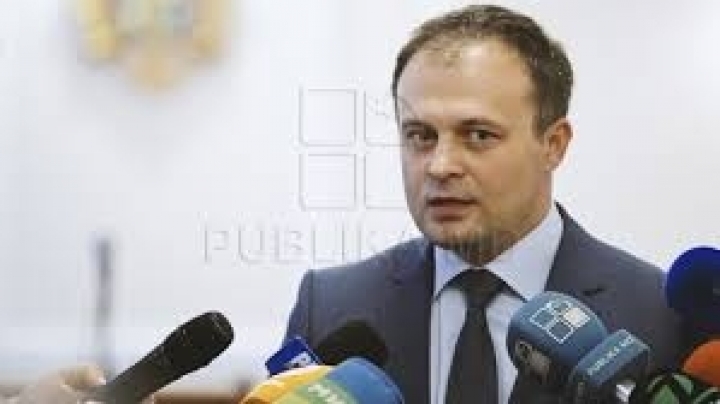 Hearings and parliamentary checks will be held in the next parliamentary session. The statement was made by Parliamentary Speaker Andrian Candu, after meeting with committee chairmen.

According to the speaker, committee chairmen has one week to establish schedule hearings and applicable fields for these hearings.

"We have different reforms, justice, economy and health reforms. For sure committees have work to do. We talked about the next meeting of the Council Parliamentary Integrity Europe, which will take place on Wednesday, September 7th. We will discuss European funds. The report was published by the Court of Audit of the European Union and will be discussed in the Chancellery with those from the Ministry of Finance and the Foreign about everything that means "how will EU sources be used". We will also work on plenary agenda. The Permanent Bureau has not yet decided when the next plenary will take place" , said Andrian Candu.

The Broadcasting Code draft will be submitted to external partners for expertise.

"We'll see what the specialized committee says. From my point of view, the Broadcasting Code draft, all amendments to be sent to expertise to the Council of Europe, OSCE and to all others. From my point of view this subject no longer needs to be kept on the parliament's agenda in the autumn session" , said Speaker Andrian Candu.

However, Candu announced that the Government and National Bank are preparing an action plan, regarding IMF preconditions and thereafter, a meeting will be established.

PUBLIKA.MD notes that the committee chairmen were today at meeting to discuss priorities in the fall session of the legislature. The meeting was held at the request of the head of the legislature, Andrian Candu.

The Chairman of the European Parliamentary Integrity, Iurie Leanca also attended the meeting.