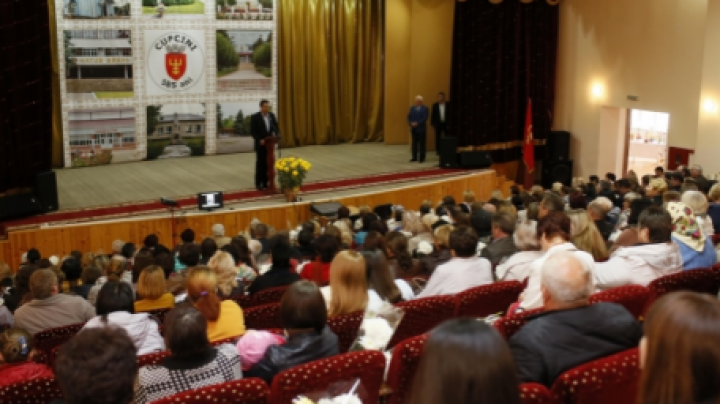 Edinet Industrial Park develops its infrastructure to attract more businesses. Northern Regional Development Agency has inaugurated the administrative building of the park, where in the past two years, resident companies have invested 15 million euros. State building construction costs over 12 million lei, while the inauguration was attended by Democratic presidential candidate, Marian Lupu.

In 2015, Edinet Industrial Park opened the first factory for processing apples. The organization offers a hundred jobs, and in the future, the authorities propose to double the investment figure.

"These one thousand square meters will be used in the economic interest of the district and beyond. I congratulate you that you have such a powerful economic entity which stimulated farmers who grow apples here" ,  said ADR North Director, Ion Bodrug.

"We have 18 hectares in this park, half of which are reserved for residents. A resident is already working. Another investment of eight million lei for construction of a two thousand tons fridge and another investment for sizing and drying fruits" , said Edineţ village mayor, Constantin Cojocaru.

Democratic presidential candidate said the authorities will help to simplify and stimulate exports from this region.

"I didn't threw words in vain. There are concrete actions that work on priority areas. We created conditions for attracting investment and new businesses in Moldova, only through this way more jobs will be created, we will stop the exodus of Republic Moldova" , said Democratic candidate for president, Marian Lupu.

Also in Edinet district, the PDM leader had a meeting with teachers, officials and businessmen from Cupcini village.

"Mr. President will do everything possible to help us, to help the country. At home, not to pray to a foreign country" , said a local.

"I enjoyed meeting with Mr Lupu. A man of gold. He would desrve to be president. When he spoke, his word is a word." , pointed out a woman.

During the visit in Edinet village, PDM candidate was met with more than 400 residents of the Viişoara village.