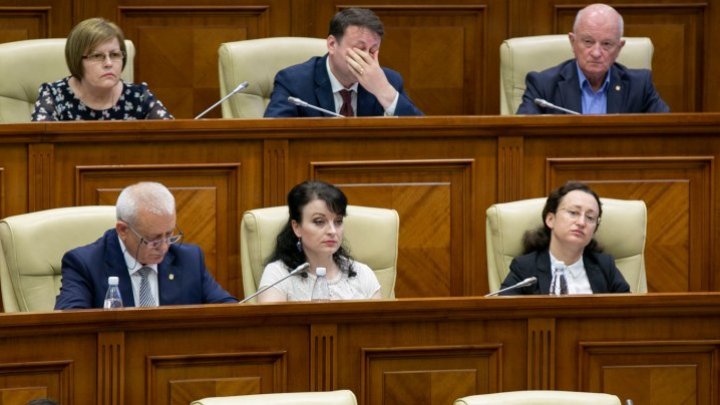 PSRM-ACUM alliance MPs rejected PDM's proposal to initiate the proceedings of legislation changing in a way for the number of MPs to be reduced from 101 to 61. The document also provides the resignation of the MPs if they don't fulfill their commitments. Even though if Moldovan people pronounced on the legislation modification within the consultative referendum which was organized on February 24, 2019.

SERGIU LITVINENCO (PAS): There is no committee for such a initiative. We didn't approve any report.

ZINAIDA GRECEANÎI (PSRM): Record the initiative, you get it through committees and then we will debate it.

SERGIU SÎRBU (PDM): The law regarding normative acts came into force a year ago. In the Parliament, we have a few kinds of legislative acts. The projects regarding republican referendum results applying are with individual character. Over 800 000 citizens voted for these initiatives.

Also, 808 266 voted 'FOR' when asked if they want for people to resign MPs from their functions if they don't fulfill their obligations and 202 497 voted 'AGAINST'.