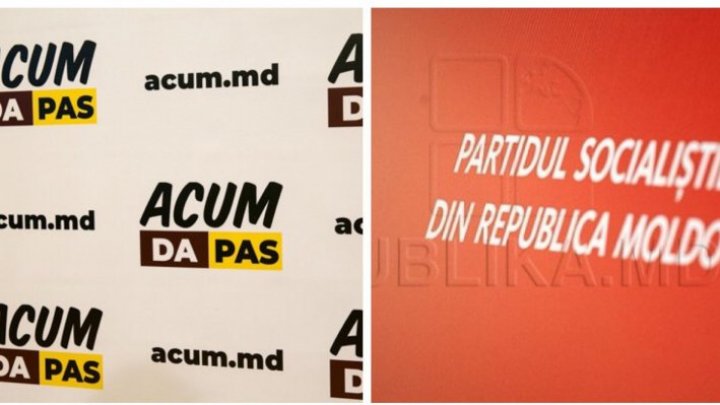 PAS-PPDA alliance members attacked PSRM deputies because of their absence from the majority creation related discussions.

"Today, the Socialists have boycotted the third round of ACUM-PSRM discussions. As they didn't came at the first two rounds, they haven't managed to come at the third too. Although they confirmed their presence at a conference organized by a Russian news platform, subsequently they ran from. At this public event we were going to find solutions to cancel the political crisis that lasts for three months. Those who want to contribute to the captivity removal of the state will search for solutions, but those who prefer the personal comfort, will give only excuses", wrote on his Facebook page the vice-president of PAS, Mihai Popsoi.

It's not the first time when discussions between ACUM and PSRM failed.

The cause is that PAS and PPDA are claiming the function of the parliament president for Andrei Nastase and for the prime-minister one for Maia Sandu. Also, ACUM insists on a minority government. PSRM doesn't accept these conditions and are requesting Zinaida Greceanii to become the parliament president and SIS to come back under the presidential administration. Also, in the new government, PSRM insists to recall the foreign and defense politics. PSRM also wants to reestablish the russian language as a communication one and want the cancelling of the fighting against russian propaganda law in the Republic of Moldova.
AFLĂ imediat Știrile Publika.MD. Intră pe Telegram