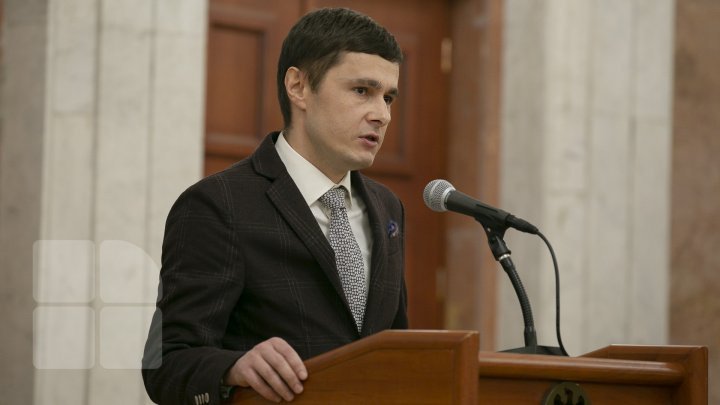 ACUM MPs have requested the dismissal of Justice Minister Fadei Nagacevschi for meddling in the judicial system. The MPs of the political bloc filed a motion against the minister in Friday's Parliament meeting.

In reply, Parliament Speaker Zinaida Greceanîi said: The Minister has not got acquainted with the whole Ministry and now you submit a motion!

She then read out the motion.

"In order to entirely overcome the attributions and the meddling in the judicial system, the desecration of the judicial reforms by applying mechanisms that violate the legal norms regarding the transparency of the decision-making process, as well as regarding the elaboration of the normative documents, we request the initiation of the procedure for the revocation of ministership of Fadei Nagacevschi",  mentioned the motion submitted by the ACUM MPs.

According to the deputies who filed the motion, Fadei Nagacevschi wanted to extend his influence over the Magistrates Superior Council.

The motion was registered in the end. Greceanîi asked the head of the Parliament's Legal Department to state on the legality of the respective motion.

Under procedural terms, the simple motion may be initiated by at least 15 Members. The simple motion, which must include the reasoning and the device, is submitted to the chairman of the meeting, in the plenary of the Parliament. The chairman of the meeting informs Parliament, which sets the date of the debate, and orders its immediate remission to the Government and its distribution to the members.