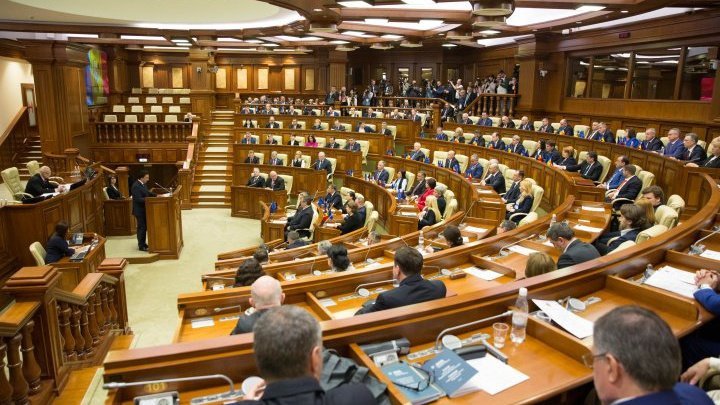 They promised transparency and total opening towards press and citizens, but they demonstratively break this commitment. We're talking about PSRM-ACUM MPs. After assuming the Parliament's administration, the projects that are in examination process are published with a big delay on the institution's site or are missing.

'We are and will remain transparent for those from Publika and Prime and for all the people', declared the PPDA leader, Andrei Nastase, on June 4, 2019.

He told so, but did nothing. Kozak alliance MPs, created by ACUM Block and PSRM, few days after these declarations, recognized the fact that a lot of initiatives are published with delay, and among some stutters, they do not see this as a problem.

'- I think the next week all will turn right.
- For now, the transparency promise was broken?
- No, just the process is a little slow...the projects are', said Alexandru Slusari, PPDA MP.

'As far as possible, we try to be charged in the legal terms. Yes, there have accumulated too much things that must be published', said PSRM MP, Ion Ceban.

Meanwhile, the opposition representatives are alarming and say that the procedures regarding the project advance are broken.

'I think this is made intentionally, because these projects are written on their knees and in halls and they don't want to offer us the possibility to prepare for these projects', mentioned the PDM president, Pavel Filip.

'There is no transparency. All the procedures regarding decision transparency are being broken. The Parliament's Agenda was approved with two hour before the plenary and more than that, some projects that were registered today, weren't shared', declared PDM MP, Sergiu Sirbu.

Also some representatives of civil society were concerned about the multiple decisions taken by the new leadership of the state that are taken in a hurry and without any transparency.

One of these is the yesterday's promotion of Alexandru Esaulenco as the Head of SIS, by the Parliament.

Shortly after this decision, Sergiu Tofilat, wrote on his Facebook page: 'the citizen's trust in state institutions is a small one' and 'the key-functions candidates , at SIS or other structures, must be announced in advance or selected through open contest before being voted for the public to study in detail their activity'.

Valeriu Pasa also, another ACUM Block supporter showed displeased of the lack of transparency and the way of taking decisions in Parliament. He addressed to the new Parliamentary alliance through a short message, on a social-media platform. Pasa wrote that the citizens are asking where is the transparency and why the candidate's name for the SIS leadership wasn't announced in advance for it to be studied'.

It's not the firs time when Kozak alliance is breaking their promises. The creation of the ACUM-PSRM alliance itself started with breaking the public commitment of the binomial PAS-PPDA to not ally with the Socialists and with any other party that will enter the Parliament. In the activity program, the Sandu Government members said that they will put the state's institutions in the people's service, but from the first days of their activity they move into governing MPs relative's service.

For example, Gheorghe Balan, Andrei Nastase's relative, the new Minister of Internal Affairs, was named Head of IGP. Only after the press criticized this decision, Nastase announced that there will be announced a public contest for occupation of this function.

Another purpose of Kozak Alliance is the so-called state's release of captivity and consolidation of institution's independence, especially in the justice sector. The promise is contradictory with the decisions and actions taken with the speed of light by the PSRM and ACUM exponents, that are obsessed with functions and are following to politically control all the state institutions.
AFLĂ imediat Știrile Publika.MD. Intră pe Telegram