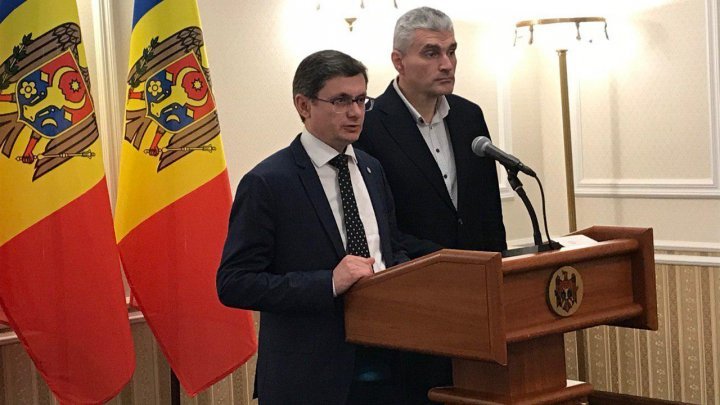 The Presidents of PAS and DA parliamentary factions firmly hold their opinions after the meeting with President Igor Dodon today. Accordingly, they will be ready to create a new governing alliance with the Socialist Party if Maia Sandu remains prime minister with the actual Executive components. Moreover, Igor Dodon must no more involve in the future government, the politicians said.

PAS MP Igor Grosu claimed in Wednesday's meeting that "the destructive element is the Presidency", because this institution triggered "all problems, from components, messages, positions, and even political crisis which we have suffered until now".

The only solution now, according to Alexandru Slusari, is the dismissal of Igor Dodon.

"We hold the same opinion: We will have the same government, the same reforms, which are our commitments to the voters. But there won't be any guarantee that Dodon won't involve in the government activities if he obtains the second mandate. When Dodon asked us what he could offer for guarantee, we said: his dismissal is the best guarantee. As far as we know, a technocrat government is likely", said Slusari.

Before meeting with the bloc ACUM, Dodon also met with PSRM.

The Socialists invited the bloc ACUM to negotiation table for a new parliamentary majority but with new conditions, Zinaida Greceanîi announced after the consultation with President Igor Dodon.

"We're making an alliance with the bloc ACUM but with new conditions, new government structure, new candidate for prime minister. If the bloc ACUM is ready to examine this possibility, we will examine any candidates proposed by the president for the position of prime minister", said Greceanîi.

Greceanîi vehemently rejected Maia Sandu's candidacy for prime minister and declined to make an alliance with other parliamentary factions but bloc ACUM.