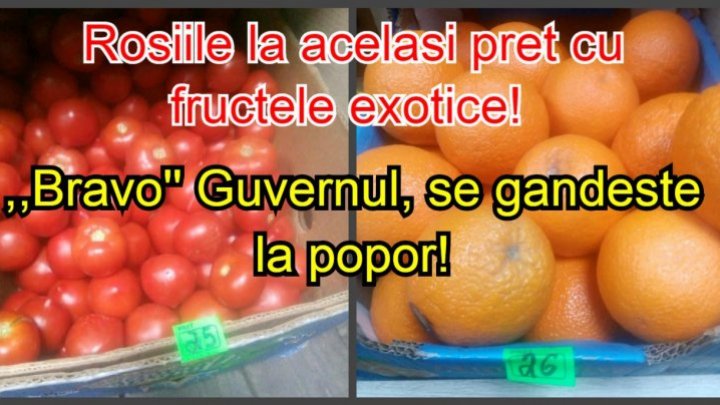 Moldovan people are angry at high price of tomatoes which are as costly as the exotic fruits. They say the actual governance does nothing for the people's well-being.

"Tomatoes cost as much as exotic fruits do. Bravo! Government is thinking for people", wrote a citizen on Facebook.

Many Internet users also reacted that the government transition failed to do people good.

"The salary decreased 50% and you said the Government is like that and could do nothing. Wake up people", said a citizen.

"I want to ask supporters of Maia Sandu and Andrei Nastase: Do you like your leaders to do such things? Expensive gas, electricity, food but salaries remain the same? Do you like so?", asked another citizen.