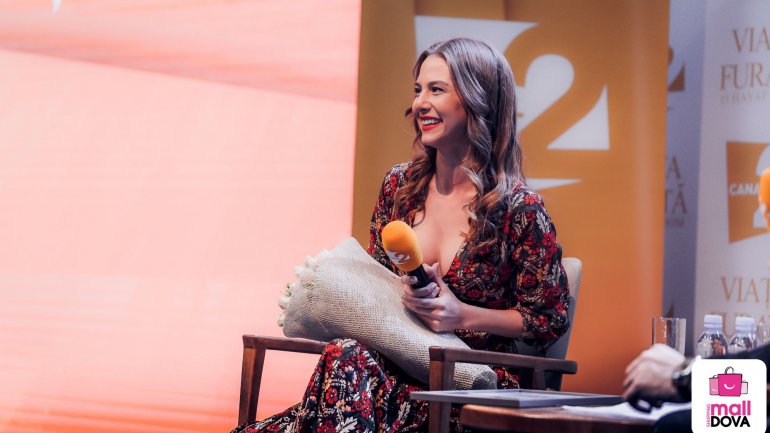 Ezgi Asaoglu, the beloved actress of the FOX series "Stolen life" was greeted by thousands of fans in Moldova.

Asaroglu has participated as a special guest at a dinner organized by Turkey's Ambassador to Moldova, Hulusi Kilic and his wife Gunay Kilic at the embassy.

This special dinner was honored with the presence of Minister of Culture of the Republic of Moldova, Monica Babuc.

Asaroglu has greeted the audience in Romanian, while answering questions about her career.

The actress has also attended a special program organized on the occasion of her visit.

The event was attended by thousands of people.