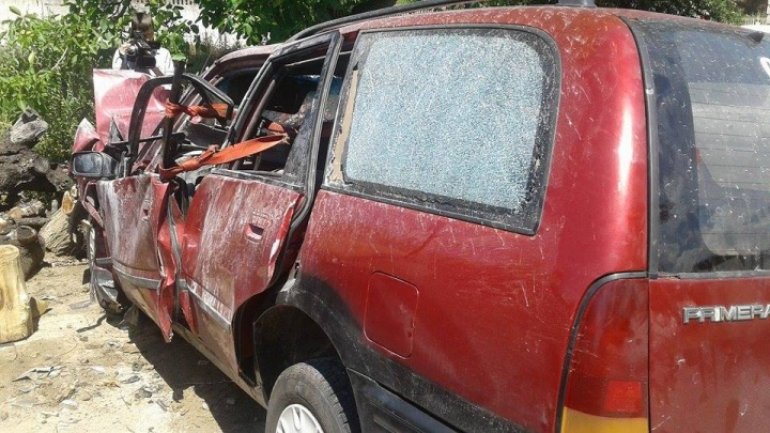 Three people including a child have been taken to hospital after the car they were in was buffered violently with a truck carrying cement. The incident happened in Chetrosu village, Anenii Noi. According to preliminary information provided by the law, the driver of the car which move away from Chisinau, Anenii Noi-came out against traffic and the came into the truck.
The driver of the truck says he could not avoid the impact.

“He veered to the left in front of me, where there were less than three meters”

Fortunately, passengers were driven to the hospital and got observed with minimal injuries. Anyways, they were scared to death.

“I was asleep. I woke up because of a loud hit. Both me and my child got hurt.”

According to doctors, the 40 years old car driver lies in a coma, his condition is considered as critic.

"Father says that the driver fell asleep at the wheel, as a result he’s in a third grade coma." doctor said.

The car they were in caught fire upon impact.

“The accident took place on the roadway. 2 vehicles were included in this impact. We don’t know who is guilty yet, but we’ll find him surely.” criminal prosecution officer, Oleg Surcin said.

Policemen try to establish all the causes of the accident.