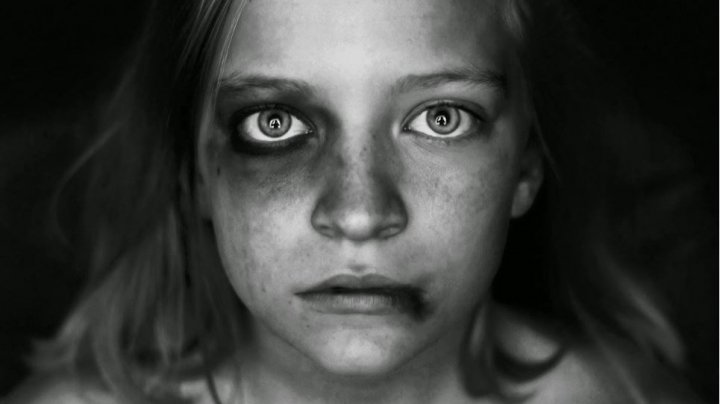 A little girl was abused so badly she had a black eye, dried blood in the corner of her mouth and deep purple bruises all over her body, reports CNN.

But it's what she said when asked her name that's truly startling. "Idiot."

The girl is only 4. She lived with her mother, Jennifer Denen, and Denen's live-in boyfriend, Clarence Reed, in a home in Hot Springs, Arkansas.

Police say she was called an "idiot" so often and for so long that it was the word that sprung to her young mind when a social worker asked her name.

Hot Springs police arrested the mother and her boyfriend last week after social workers reported the abuse. They said the 30-year-old mother knew the beating her boyfriend was doling out to the child on a regular basis but never sought medical treatment.

The girl's injuries included bruises on her buttocks, her lower back, her leg, police said. She had a blackened eye, a swollen cheek and a bruise on her forehead. She also had scars on her back that had started to heal, indicating the abuse had been going on for a while.

In addition to it all, the girl was also severely malnourished, police said. Denen told police that Reed, 47, hit the child with a plastic bat; he said it was a wooden paddle.

Reed admitted to zip tying the little girl to her bed after he found her climbing on the kitchen cabinet, acording to a police report. He also acknowledged to calling her "Idiot" but said it was "in jest," police said.

The couple was charged with domestic battery, permitting child abuse, and endangering the welfare of a minor. Both remain in the Garland County Jail with a next court date of September 27, 2016. CNN was not able to reach legal representation for Denen or Reed.

The child is now in state custody where she is healing from her physical injuries. The psychological injuries will likely take years to heal.
AFLĂ imediat Știrile Publika.MD. Intră pe Telegram