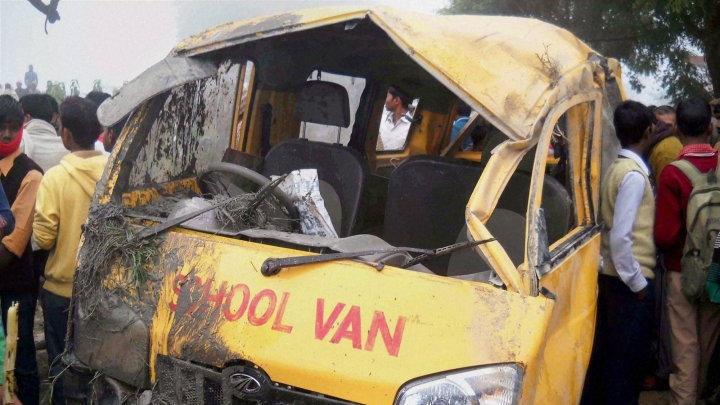 A train rammed into a van ferrying 20 children to school at a railway crossing in northern India on Monday, killing eight of the students and injuring several more, reports Reuters.

As many as 40 percent of India's train accidents happen at railway crossings in the sprawling South Asian nation each year, railway officials have said.

In Monday's incident, the van driver appeared not to have heard a gateman's warning about the approaching train because he was wearing earphones at the time, police officer Arvind Bhushan Pandey said.

"Though the gateman tried to alert the van driver about the train, the driver couldn't hear his warnings because he had an earphone on," Pandey, the district police superintendent, told Reuters by telephone.

It was not immediately clear why the driver was wearing the earphones.

The driver and six children were also injured in the collision at the railway crossing in Aurai, 275 kms (170 miles) from Lucknow, the capital of the state of Uttar Pradesh.

All the injured are being treated at a nearby hospital, Pandey added.

Kokila Baranwal, the manager of the school, Tender Hearts English School, could not immediately comment to Reuters on the incident.

India has 10,440 unmanned railway intersections, where authorities aim to step up safety in the next four years, with measures such as building subway tunnels and overhead bridges for pedestrians.