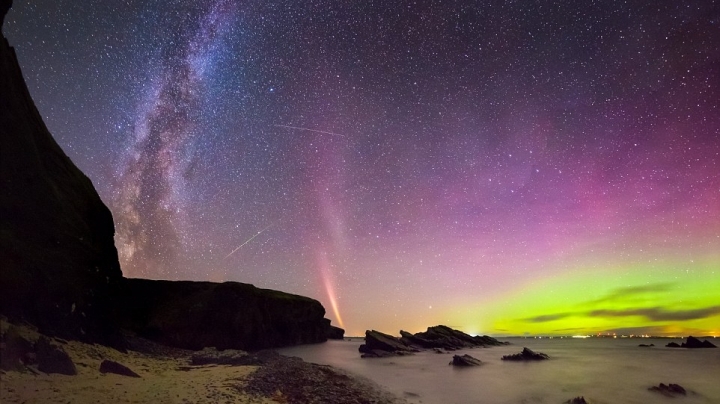 Parts of the world are expected to light up with a green glow tonight, as a strong solar storm continues to blast our atmosphere, reports Daily Mail.

The storm was caused by a hole in the outermost layer of the sun, opening the magnetic field up to stretch further than usual, which resulted in a gradual increase in the solar wind.

An increase in solar activity means the chances of seeing the Northern Lights, or Aurora Borealis, tonight in places like Canada, Scandanavia, Scotland and even northern England and are greater than usual.

The British Geological Survey, Aurorawatch UK and US body Space Weather Prediction Centre have all reported heightened opportunities of spotting the aurora, because a hole in the sun's outer layer is facing Earth.

It added, however, that the storm was unlikely to have an impact on electrical infrastructure or power grids.

The barrage of charged particles from the sun is expected to continue until Saturday when the activity will die down, space weather reports have said.

The storm, which started yesterday, has already treated some people in the north of Scotland to a magnificent display.

BBC Weather said the aurora could be visible from east Scotland, Northern Ireland and northern England.

The Met Office has also warned the storm could cause some disruptions to technology.