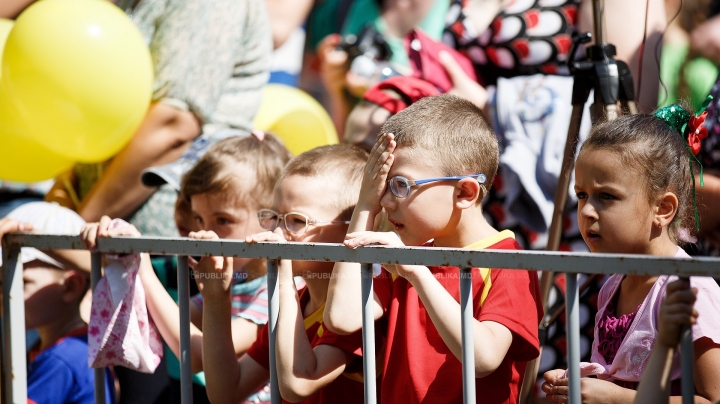 Good news for children from Varnita village and Bender city. The kids can play handball, tennis, volleyball and football in a renowned educational ground, which opened today. At the event were many officials, one of them being Pavel Filip.

The 150 children from Varnita village and Bender city say that they are very happy that they can do sports on modern fields and grounds.

Until recently all equipment was old. And the future footballers say that thanks to the new field they can have greater performances.

The officials present to the opening of the ground have declared that this project if a very important one forMoldova.

The mayor of Varnita village, Alexandr Nichitenco, says that he is proud that his village has benefited from such a valuable project.

The renovation of the ground has costed 150,000 euro, money given by the European Union in the framework of the programme of trust consolidation between people from both sides of Nistru rives. Since 2009 until now, EU gave over 7.5 million euro for the modernization of the social infrastructure in our country.