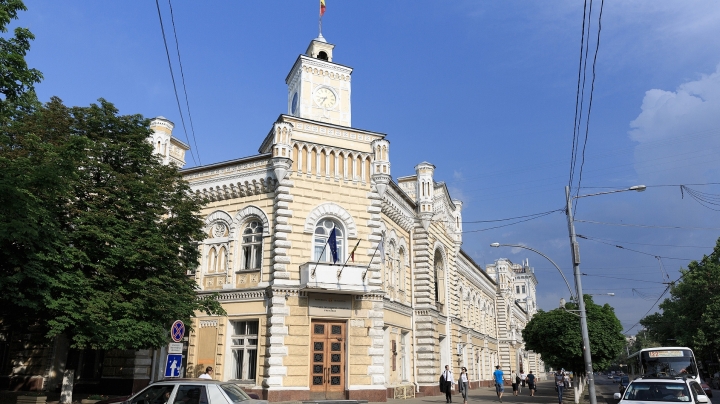 A civic activist, close to Socialist Party, has interrupted the City Hall meeting, by requesting to discuss the subject regarding the construction of a building in Ciocana sector.

Although mayor Dorin Chirtoaca promised him that he will approach the subject, Vitalie Voznoi has interrupted the meeting by talking on the phone with a person unsatisfied by the works started on the site.

The activist was invited in the presidium by the mayor, and asked to keep quiet until the subject regarding the construction of a new building on Milescu Spataru street will be brought in discussion.

But Vitalie Voznoi made a show by talking on the phone during the meeting. When asked to end the discussion, the activist refused each time.

The mayor took his phone in order to end the conversation, and the chief of Centru sector, Oleg Poiata, took the side of Chirtoaca. The scene escalated to shoves.

People calmed after the mayor went to discuss separately with the people displeased by the new construction.