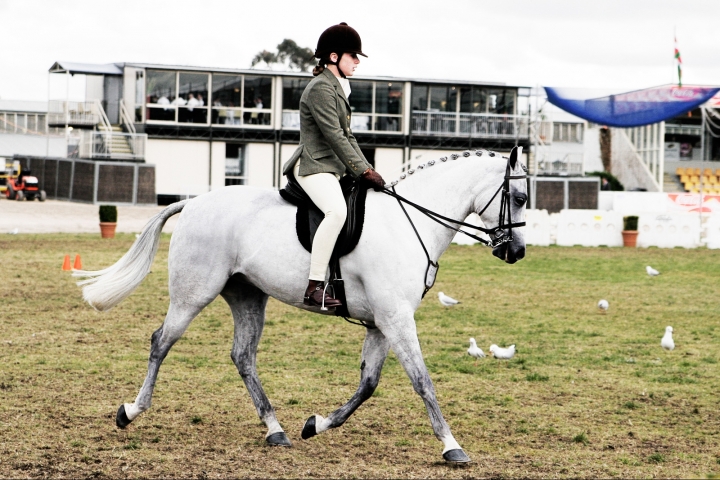 The mutation that made it easier to ride horses evolved more than 1000 years ago, reports Sciencemag.org .

Sitting in the saddle can still be a bumpy ride, but things got a lot smoother nearly 12 centuries ago, according to a new study. A single genetic mutation arising in the medieval United Kingdom and Iceland gave horses their ability to “amble,” or walk with a relatively smooth, four-beat rhythm versus a bumpier, more erratic pattern, researchers write today in Current Biology.

Scientists first detected a mutation in the gene DMRT3, which influences limb movements, in all ambling horses in 2012, but they weren’t sure how it changed the horses’ gait. In the new study, researchers extracted DNA from the bones of 90 ancient horses that lived as far back as 3500 B.C.E., to trace the rise of the mutation to roughly 850–900 C.E.

The scientists speculate that Vikings brought horses from the United Kingdom to Iceland and bred them together around this time and then disseminated those horses to mainland Europe. Studies in mice appear to suggest that the DMRT3 mutation affects the development of the spinal cord and allows longer strides.

Riders’ preference for the comfortable rides of ambling horses helped the mutation quickly spread to horses worldwide, the team speculates.