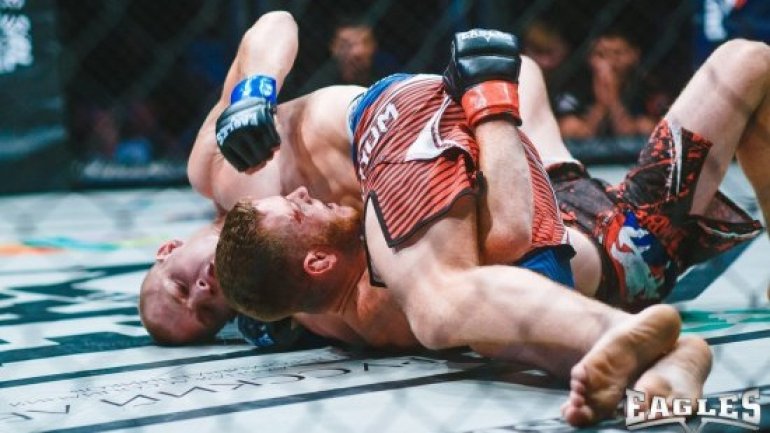 A show of strength at the Eagles Fighting Championship in Chisinau. Moldovan team has lost the team match with Russia.

Four of the total 6 fights were lost, and the two others were won by Andrei Barbarosa and Mihai Sarbu.

Also, a female fight too place for the first time between Nadejda Cantar and Ukrainian Olga Bila. Nadejda has suffered a dislocation and needed the intervention of doctors.

"It was a wonderful evening, a fascinating tournament, that the youngest of the Moldovan fighters have not experienced yet" , said FEA President Dorin Damir.

The next edition of the Eagles Fighting Championship will be held in November.