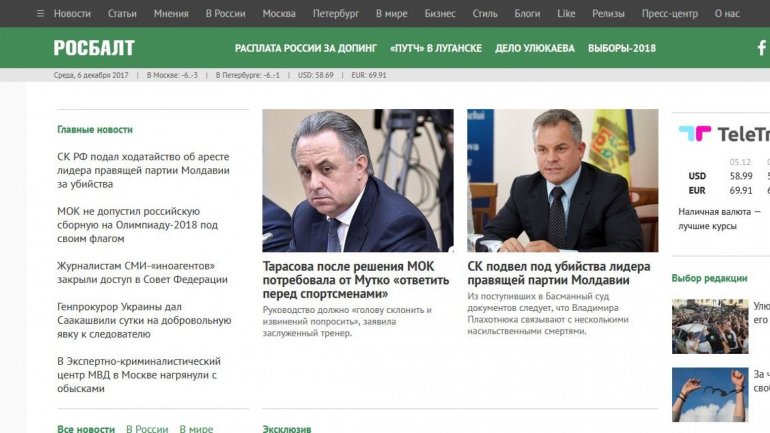 While president of Moldovan Democrats, Vlad Plahotniuc, is on an official visit to USA and PDM has announced the voting of a new law project against Russian propaganda, a webpage from Moscow declared that Vlad Plahotniuc is criminally investigated in Russia for racial, political, ideological and ethnic hatred.

At Publika TV's request, spokesman of Democratic Party of Moldova, Vitalie Gămurari, declared that he has no knowledge of any criminal file opened in Vlad Plahotniuc's name.

"It is most likely another one of those false news, which recently started happening more often, attacking president of Democratic Party of Moldova. We remind you that in the past year, there have been multiple attempts to start criminal investigations in Russia, upon multiple Governing officials. We treat such methods as plain political blackmail toward PDM and it's leader, as well as toward the Government" spokesman of PDM, Vitalie Gămurari said.