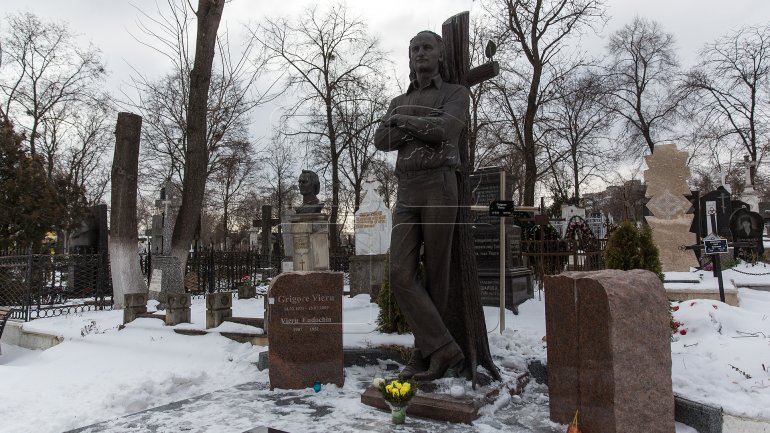 Eight years ago, one of the most loved Moldovan poets, Grigore Vieru, passed away. He wrote hundreds of poems and released tens of handbooks. Generations are knowing him as a patriot and a defendant of the national identity. Today, at Central Cemetery in the capital was held a requiem in honor of the writer touched by genius.

Grigore Vieru died following a road accident on the Chisinau-Hincesti road. The car in which he was crashed into a concrete pole because of dense fog. The writer was heading to Chisinau from the south, after a commemoration evening of Mihai Eminescu. The best surgeons in the country fought for his life, but, two days after the tragedy, Grigore Vieru left this world.

Grigore Vieru is one of the greatest contemporary poets. He was awarded the most prestigious international award in children's literature: Andersen Honorary Diploma.

"He loved the books. He said that even he doesn't manage to read too many books, but their presence inspires him" said writer Mihai Cimpoi.

Grigore Vieru died at the age of 73. The poet's relatives say that he had only one regret: that he did not have many supporters in his cultural fight.