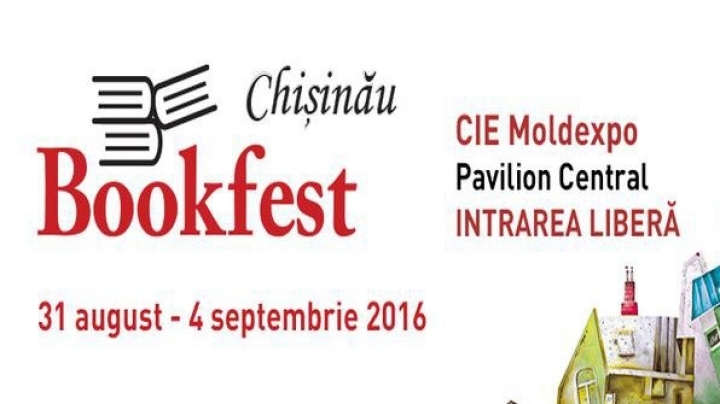 A press conference took place today at the National Library. This happened in the context of the opening of the International Book Fair – Bookfest Chisinau.

The event was organized in the context of celebrating 25 years of independence of Moldova. The organizers of Bookfest are the Ministry of Culture in partnership with the Romanian Cultural Institute, Institute “Eurdoxiu Hurmuzachi” for Romanians all over the world, the National Library, Publishers’ Union in Moldova and Publishers’ Association in Romania.

Minister of Culture, Monica Babuc has mentioned that this year’s edition will reconfirm the European aspiration of the cultural industries in Moldova.

At the same time, Minister of Culture mentioned the fact that in 2016 will be donated 3,000 volumes to the National Library of Moldova after the Bookfest, this being a very important donation.

The president of the Publishers’ Union in Moldova, Gheorghe Prini, had to stress out that, for the first time, there won’t be any prizes for the best books and publications, the opinion being that the books are for people, not for prizes, and that the readers will be those who will appreciate the works.

The executive director of the Publishers’ Association from Romania, Mihai Mitrica, said that at the event will be presented some of the most prestigious publications.

To the visitors of Bookfest Chisinau will be proposed a great offer of more than 50,000 volumes. Also, at the event will be present some of the most known and loved authors of the contemporary Romanian literature.

At the Bookfest will participate 44 publishing houses, 23 of which are from Moldova, and 21 from Romania.

The International Book Fair – Bookfest Chisinau will take place in the period of 31 August – 4 September 2016 at Moldexpo.