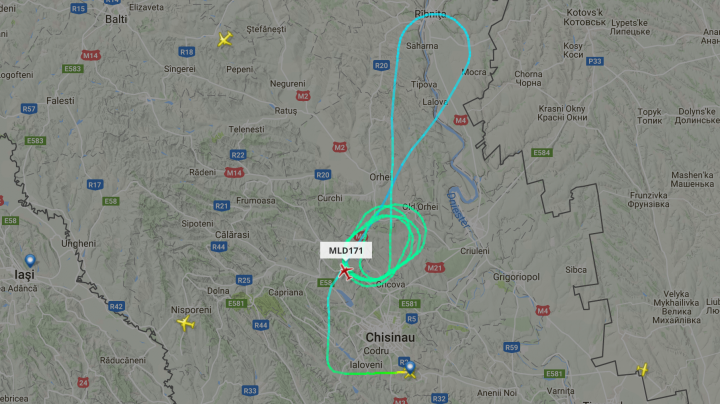 (14:48) Emergency situation in Moldovan aviation. A plane on the course Chisinau-Moscow has turned because of some technical difficulties. These were found by the cptain of the aircraft, while they were flying on Rabnita city.

Souirces from aviation have declared for Prime that one of the engines have given up.

The airplane of Airbus A 321 is owned by Air Moldova, and the commercial director of the company, Vasile Hancu, has confirmed for Prime that the aircraft has technical defections, without mentioning details.

According to him, the plane had to fly in circles over Chisinau, as the procedure foresees.