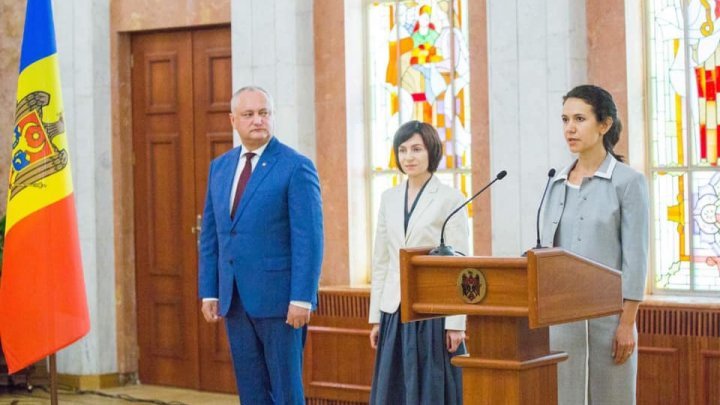 The new Justice Minister took the Vow. Olesea Stamate has been invested into the function the second day after Stanislav Pallovski's resignation announced through a Facebook post.

'At the moment I can't tell you more of them, we must start the activity, to make an inventory, to see which activities we must undertake and then we will come with an answer.'

Previously, Olesea Stamate was the president of the Association for Governmental Efficiency and Responsibility. She has a law degree, magistrate in European advanced studies at the European College and a lawyer.

PUBLIKA.MD reminds that Stanislav Pavlovski resigned from the function of the Minister of Justice after less than two weeks of the new Government's investment, voted by PSRM-ACUM alliance.

On his Facebook page, Stanislav Pavlovski wrote that 'during the period of working on the Actions Plan in the Justice domain, he identified multiple incompatibilities of personal details, which, according to the Constitution of the Republic of Moldova, are making impossible his activity as a member of the Government'.
AFLĂ imediat Știrile Publika.MD. Intră pe Telegram