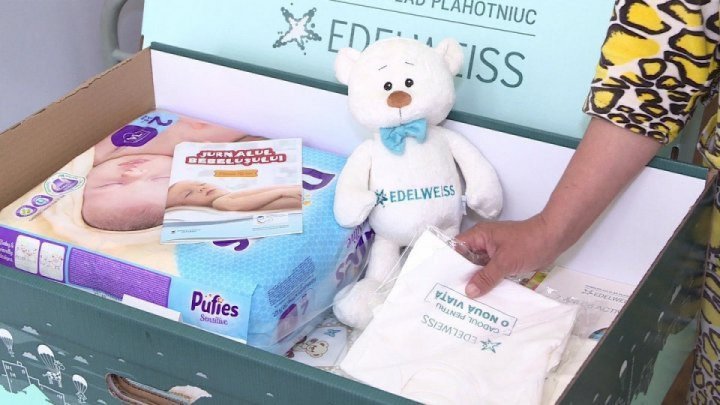 For half a year, over 13,000 mothers have benefited from necessary products for the first months of babies thanks to the government program A New Life.

Each box of products for new born babies contains a set of things needed for the care of babies in their first months of life, more precisely disposable nappies, body stockings from cotton, washing powder specifically for baby clothes, nasal aspirator, and unguents recommended for the first months of birth, a pacifier. Also in the box is included a mattress and a blanket, specifically made.

Institute for Mother and Children in Chisinau is one of institutions who receive the highest number of gift box. Around 2000 boxes have been distributed since the beginning of this year.

"There were 1921 boxed handed and most boxes were presented in January. The mother are happy to receive the present and enthusiastic about government's support", said VICTOR CHIŞENCO, obstetrician.

Aurelia Griba, one of beneficiaries who receive gift box, has given birth to a baby girl.

"Thank you very much from the bottom of my heart. This box will do me good. It's useful", said AURELIA GRIBA, a mother.

Any mother who have not receive boxes can request at the maternity administration. The boxes are offered not only to Moldovan people but also foreigners with resident cards in Moldova.

A New Life is the project launched by government from Vlad Plahotniuc Edelweiss's idea.