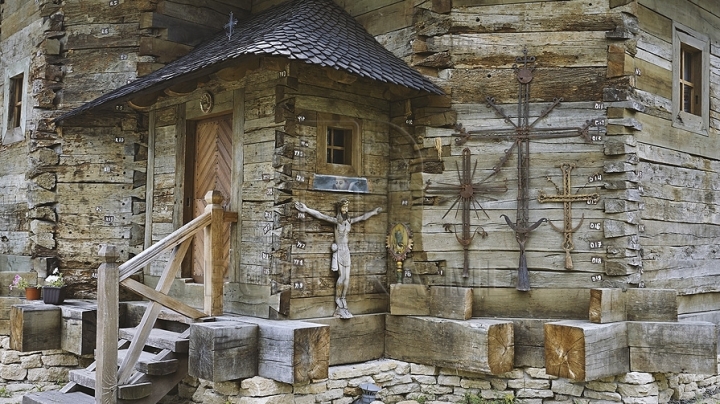 The wooden church "Ascension Day" from Hadarauti village, Ocnita district, that is over 200 years old, might be restored. The Minister of Culture has drafted a project in order to preserve the historical value of the monument. The church was built in the period when Bessarabia was under the Ottoman Empire.

The last repairing jobs, that changed the appearance of the church, were done 27 years ago. At that time, the church has reopened its doors, and people brought objects for worship.

The villagers affirm that the renovation was needed, because all that was left from the church was the frame.

At the church ”Ascension Day” in Hadarauti village, Ocnita district, the services are initiated only during the wintertime.