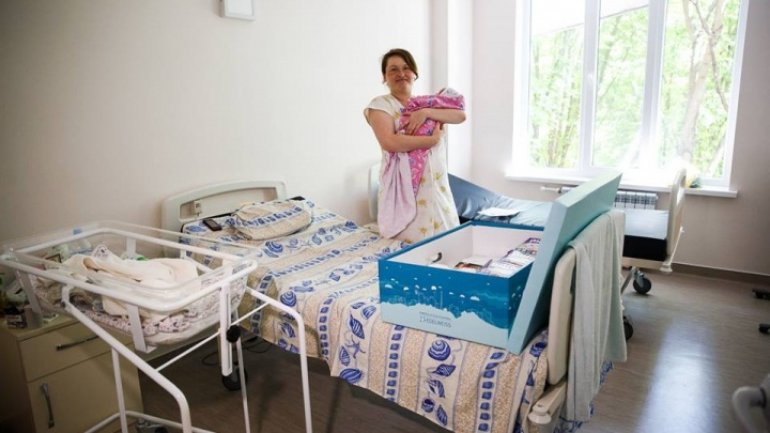 About 3,000 baby kit boxes have been offered to the newborns at the Mother and Child Institute from Chisinau. The presents have been made as part of the campaign aiming at supporting young families A New Life, which was started half a year ago by Vlad Plahotniuc Edelweiss Foundation.

The fresh mothers have received diapers, creams, bottle feeders, a mat and other products necessary for babies.

Edelweiss’ founder Vlad Plahotniuc has said supporting families is one of his priorities and such campaign will go on.

"I am concerned with the mothers with babies. This social project is a priority. It’s becoming a personal project for me. In addition to the revamping, my colleagues from the foundation and me have decided to make this gift. They said it was very useful. You’ll tell me later," said the founder of the Edelweiss Foundation, Vlad Plahotniuc.

The gesture has been welcomed by the mothers receiving products extremely necessary in the first months of life. The happiness on their faces motivates even more the Edelweiss Foundation to continue the project.

The campaign A New Life was launched on July 12 2016. The baby kit boxes will be distributed by the foundation till July 12 this year.

The initiative is inspired by programs supporting mothers and newborns in countries as Finland and Canada.