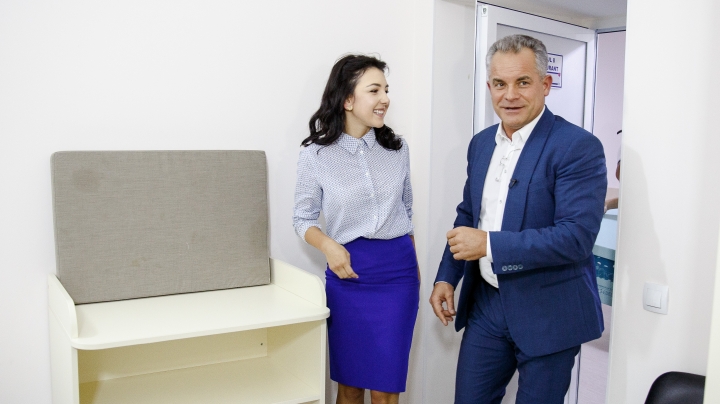 The social project “A new life” continues to cheer and support mothers and children from the country with products for newborns. This time, the maternity of Mother and Child Institute was visited by the founder of Edelweiss foundation, who wanted to launch the project. Vlad Plahotniuc declared that supporting the mothers and children is one of his priorities and that this kind of campaigns will continue.

Vlad Plahotniuc visited many mothers who recently gave birth. He congratulated them with the joyful event and offered them each a set of products for newborns.

“I want to wish you a lot of health, to you and the baby. The institution and the children are my concern, if I did the repairing works, now I came also with a set, the girls said it is very useful” said Vlad Plahotniuc.

The mothers were glad of the products very necessary in the first months of baby’s life: “We know for many years that in other countries there is given such a gift when a baby is born and we are glad that in our country is promoted such an idea”.

The new moms thanked Vlad Plahotniuc also for the fact that he contributed to the creation of better conditions in Mother and Child Institute.

The campaign “A new life” was launched by Vlad Plahotniuc’s “Edelweiss” Foundation last week. The boxes with products for newborns will be offered by the foundation to all children who are born at the maternity of Chisinau, at least until the end of 2016.The initiative is inspired from national supporting programs for mothers and children, which take place for a long time in countries like Finlanc and Canada.