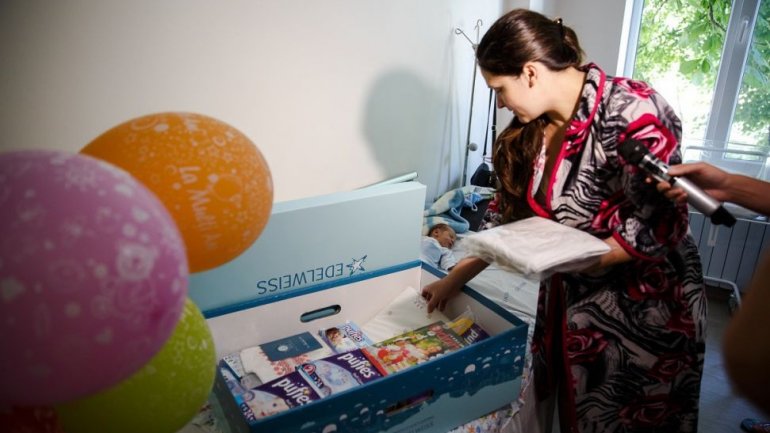 In four months since the beginning of the campaign "A new life" were given over 2,000 gifts to mothers from the Mother and Child Institute.

Today, 9 November 2016, the representatives of Vlad Plahotniuc's Edelweiss Foundation have cheered tens of women, giving them a box full with products necessary for babies.

Aside of the mat, in the gift-box are other products like a blanket, diapers, ointment and pacifiers.

The mothers say that the products will be very useful.

"It is a very good gift, for the first help. We are glad that Mr. Plahotniuc cares about the mothers, about the newborn children".

"I am glad that there are such people in the world who are thinking about the mothers who give birth to children".

The grandmothers were also pleasantly surprised by the gesture done by Vlad Plahotniuc's Edelweiss Foundation.

"Thank you very much for this gift".

From July 2016, when Vlad Plahotniuc's Edelweiss Foundation launched the campaign "A new life", all women who gave birth in the Mother and Child Institute received a gift-box.

"In four months, since we started this campaign, we offered over 2,000 boxes to mothers and their children. Through this project we wanted to be closer to mothers, closer to children, because children are our future. We know how important is to have a support at the beginning" declared the Edelweiss projects coordinator, Viorica Turcan.

According to statistical data, since the beginning of the campaign, the number of births at the Mother and Child Institute increased three times. The campaign will be conducted for a year, and will end in July 2017.