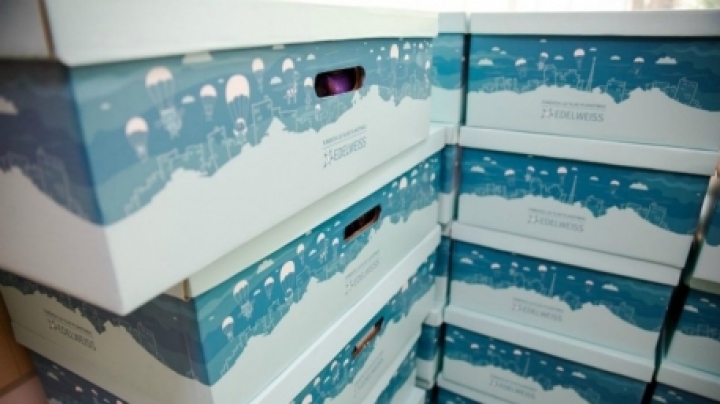 Today, another 35 mothers from the Institute of Mother and Child received a set of care products for newborns as gift. Young mothers say they did not expect such a surprise.

Newly mothers who gave birth at the Mother and Child Institute have received diapers, creams, bottles and many other things. Excited, mothers said that those products have arrived in good time and they needed them.

"Since we initiated the 'A New Life' project, more than 500 boxes have been offered and will continue being offered over 6,000 gifts during the year" , said Edelweiss project coordinator, Viorica Ţurcanu.

The "A New Life" campaign was launched in early July by Vlad Plahotniuc's "Edelweiss" foundation.

Boxes with baby products will be offered to all mothers giving birth at the Mother and Child Institute at least until the end of the year.