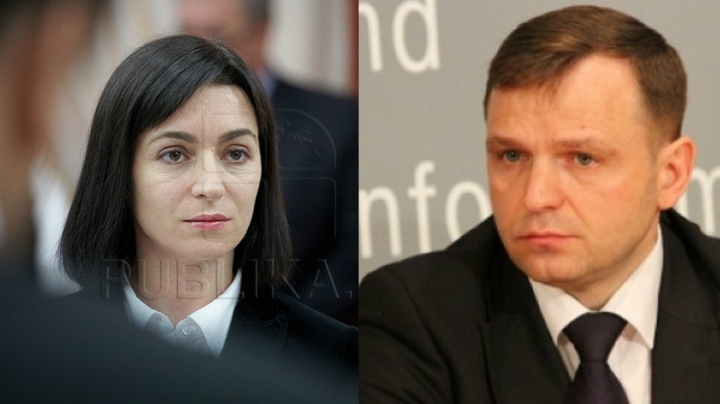 New pressures between the nominees of right side. The leader of Action and Solidarity Party, Maia Sandu, called Andrei Nastase a misogynist. This happened after the president of Dignity and Truth Party of Topa fugitives said yesterday evening that he is the best candidate for the position of president because he is a man. The declaration was made at a TV station.

“Each of those who registered in this campaign consider themselves the best. It is obvious that he thinks he is the most appropriate, as I think that I am most appropriate. With reference to ladies and gentlemen, misogyny is still present in our society, which has to be overpassed” said Maia Sandu.

The reaction of Maia Sandu comes after which Andrei Nastase declared during a TV show that he is the most appropriate candidate for the position of president because “Of course, being a man, I would take this responsibility and this pain over myself”.

For a period of a few months, many right-side parties have conducted discussions to identify a sole nominee for the presidential elections.

In the end the negotiations failed and each party named its own nominee.

Now, Maia Sandu claims that the naming of a sole person from the right-side will be possible only after obtaining the results of a poll ordered especially for this.