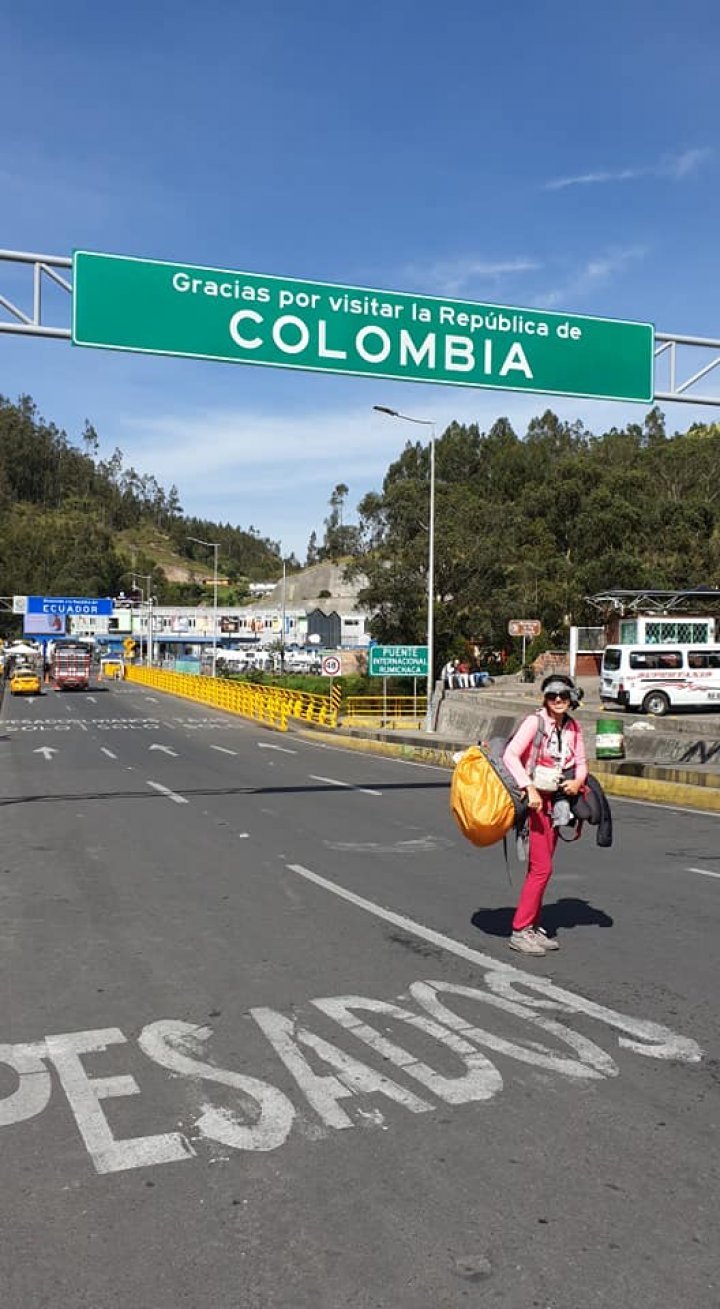 Natalia Ciobanu, a Moldovan sold her car, her clothes and jewellery, saved 18,000 euros and traveled around the world. Over the past there months, Natalia Ciobanu has visited more than 30 cities in six countries.

Natalia Ciobanu lived in Paris for almost 20 years where she practiced speech therapist. One day she wanted to follow her childhood dream. She sold everything and set off her travel. The first destination was Buenos Aires, Argentina. Then she met a French tourist who became her travel partner.

After visiting six cities in Argentina, she then continued her trip to Chile, Bolivia, Peru, Colombia and Ecuador.

Tempted by Cotopaxi volcano in Ecuador, Natalia Ciobanu started to climb to volcano of 5,897 meters tall.

"There are 80 volcanoes in Ecuador, including 20 active volcanoes. It was a rewarding challenge I wanted to reach", said Natalia Ciobanu.

Daily Natalia walked 20 km with a backpack of 13 kg. She sleeps in hostels and eat street food. There were days she only spent 2 euros.

She traveled three months and stayed at home only a weekend. She will fly to Asia on Monday. Her new adventure will begin Japan and continue in Thailand, South Korea, China and Nepal.

She still dreams to visit in New Zealand and Galapagos island and return in Paris to pursue her profession.