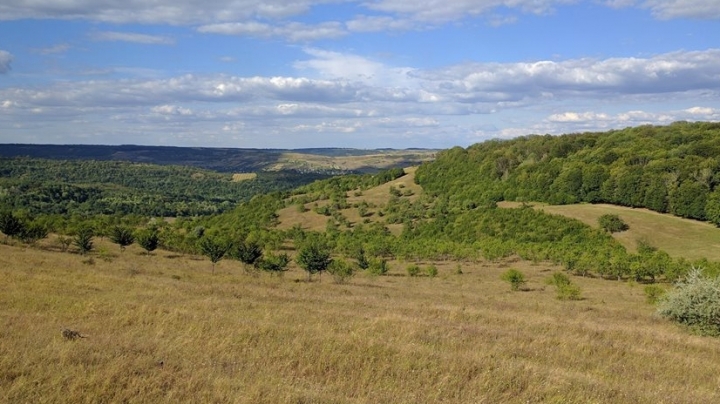 Approximately 300 people celebrated 25 years of independence of Moldova in a special way. The sportsmen participated at the marathon in Moldovan Codrii. All people ran the distance of 15 and 25 kilometers.

The peak of the race was Balanesti hill, the highest point in Moldova, on an altitude of 429 meters over the sea level. The race started and ended in Milesti village in Nisporeni district.

The organizers of the race installed stopovers, where the sportsmen could drink water and eat fruits. And the participants said that the hills were a bit of a problem.

The winner of the race of 15 kilometers, Alexandru Vreme, wore the flag even during the race.

At the distance of 25 kilometers won Andrei Prisechin.

The race was organized with the support of the Ministry of Youth and Sport, and Publika TV was media partner of the project.