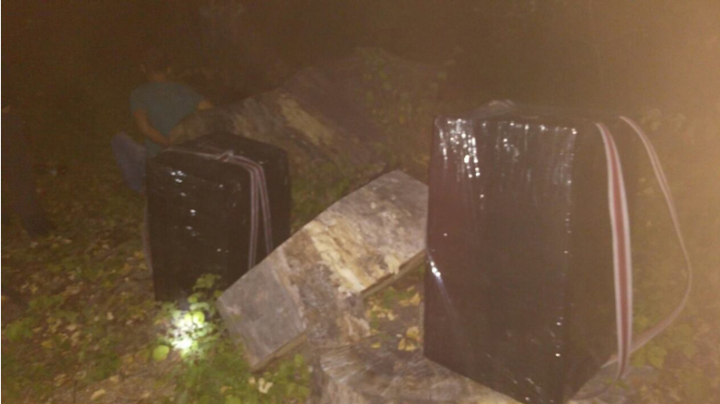 A 25-year-old man was caught red-handed by the border police of Valea Mare Sectorwhen he tried to transport illegally to Romania, over Prut river, 6,500 packages of cigarettes with Moldovan excise timbers, of a total value of 65,000 lei. The operation was conducted on 13 September 2016, around 23:20, after a group of suspects were observed with the help of the equipment near the state border.

When noting the presence of police, the offenders tried to hide, after which they started to run, leaving the packages. The border police was constrained to fire in order to catch one of the suspects. The man, resident of Ustia village, Dubasari district, was detained for 72 hours and might receive a sentence of 3 to 10 years in jail.

This is not his first violation. In 2012 he tried to smuggle illegally cigarettes.