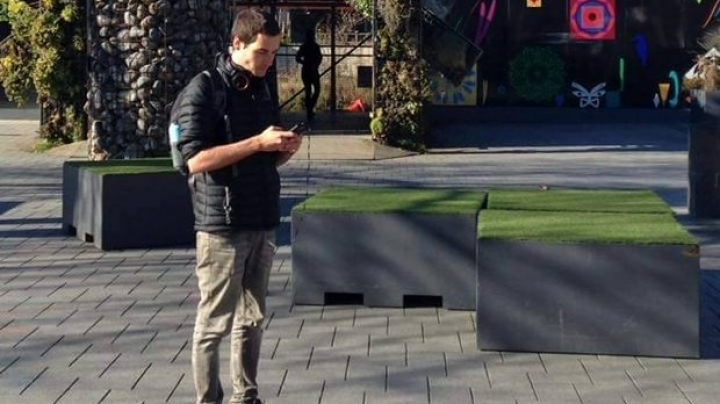 New Zealander Tom Currie has become a full-time Pokémon hunter. Each morning he fills a flask with coffee, packs a rain jacket and cut lunch in his backpack and heads into the wilderness to hunt Pokémon – come rain, hail, or snow.

The 24-year-old Kiwi quit his job in Auckland last week to embark on a two month tour of New Zealand, with the aim of capturing all of the Pokémon released on smartphone game Pokémon Go last week, reports The Guardian.

Currie has booked 20 bus trips around New Zealand and, in less than a week, has already visited six South Island towns – and caught Pokémon at every stop. So far he has captured 90 of the 151 Pokémon released on the game.

In the Kaikoura Ranges on the east coast of the South Island, Currie captured Dragonair, Scyther and Jynx. And, in the rough seas off the wild west coast he seized water-dwelling Goldeen.

“I wanted to have an adventure,” Currie said. “I have been working for six years and I was desperate for a break. And Pokémon gave me the chance to live that dream.”

A week in, and Currie’s adventure is both exhilarating and exhausting. On occasion he has hunted till 3am and he says he sleeps deeply now because of the “miles and miles” he walks each day.

“I think the most exciting experience so far was in Sumner, Christchurch, which has become a hot spot for Pokémon hunters,” Currie said.

“There were about 100 people there hunting. And some of these people would usually be shut up at home and really reclusive. Hunting for Pokémon is bringing them into the real world. It was such a buzzy atmosphere, when someone spotted a rare Pokémon they would shout out to alert the crowd.”

Currie’s journey so far has been done on the cheap, sleeping on friend’s couches or in crowded backpacker dorms.

But his trip has piqued the nation’s interest and he has been approached by various transport companies, offering to take him to remote parts of the country to hunt for rare Pokémon.

Currie has also received messages of support from around the world, including Ireland, India, Canada and the US.

“Tom is a very spur-of-the-moment, independent kid, he always has been,” said his mother, Tania Dobbs. “His nana and I don’t understand the game but I remember him loving it in his childhood. I am just glad he is out enjoying his life and seeing so much of New Zealand. I back him 100%.”