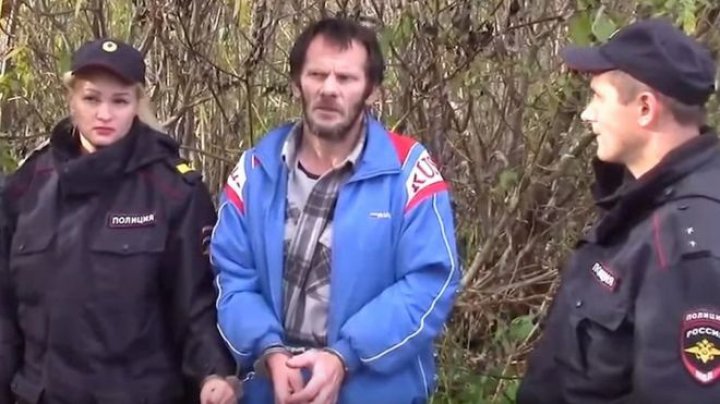 A man arrested in northern Russia has been charged with cannibalism, after three partially eaten murder victims were identified along with remains of cats, dogs and smaller animals.

The 51-year-old is suspected of having eaten the animals as well as the three men, whom he had befriended and plied with alcohol.

When the victims dozed off he allegedly stabbed them and chopped them up, writes BBC.

Bones were found in bags left in a lake and river near the city of Arkhangelsk.

Russia's Investigative Committee (SK) issued a statement about the suspect (in Russian) and released a video clip of him under arrest. It appears to show one of the rural crime scenes.

He is reported to be mentally sound. He already had a criminal record, but the SK - Russia's version of the FBI - has not named him.

The murders allegedly took place in 2016-2017, but the SK says it took a long time to identify the victims. Two had no traceable relatives, while the third was long believed to have moved to another town in search of work. The body parts found were not identifiable without forensic tests.

The SK statement says that "besides cannibalism, the accused regularly killed and ate cats, dogs and other small animals and birds, whose bones were found in the bags mixed up with human bones".

The suspect reportedly moved into the flat of the victim who he claimed had gone looking for work in another town. He told the man's parents that before going away the man had agreed to let him look after the flat.