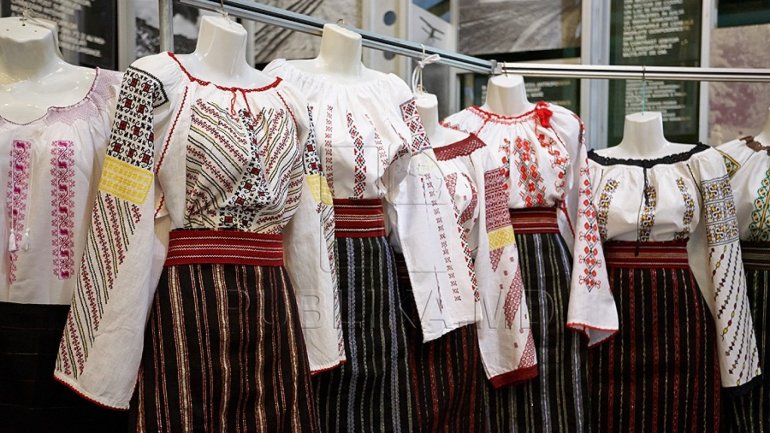 Were they to gather all the national clothes they have already sewn, it would be enough to dress half the village. Simion Lungu sews national garments for close to 30 years. His works can be found in the wardrobe of many local and foreign singers.

"This will be a shirt for men, here are the sleeves. I have sewn the top and bottom. Now, I sew it sideways" Simion Lungu, craftsman from Vădeni, Soroca explained.

Along his daily job, Simion Lungu also manages to find time for his hobby. Creating a folk costume can take to three months. His first creations were made for a local folk ensemble.

"I went around singing carols to collect money and purchase the material needed for sewing a folk garment. I took advice from Madam Varvara Buzilă, who came up with the idea to create national clothing for those living in Soroca" Simion Lungu, craftsman from Vădeni, Soroca said.

His creations even ended up being worn by our singers in Germany, France, USA, Romania, as well as various local artists.

"Madam Ioana Căpraru, we are proud that she wears a costume made in Vădeni. Even Silvia Zagoreanu wears items created here by my wife, while Mariana Filipovici ordered a folk costume" Simion Lungu, craftsman from Vădeni, Soroca declared.

His wife has also been sewing for a few years now. The woman claims that since she met Simion Lungu, she discovered her passion for sewing and knitting.

"We spoke, the trolleybus came and I stepped in, but he ran and nearly fell over. I was sure everything would spill from his bag. Since we were in school, he sewed for each girl a hat that was fashionable at the time. We would buy wool and stand in line" Serafima Lungu, craftsman from Vădeni, Soroca said.

A folk costume made by Simion and Serafima Lungu costs at least 3 500 lei.