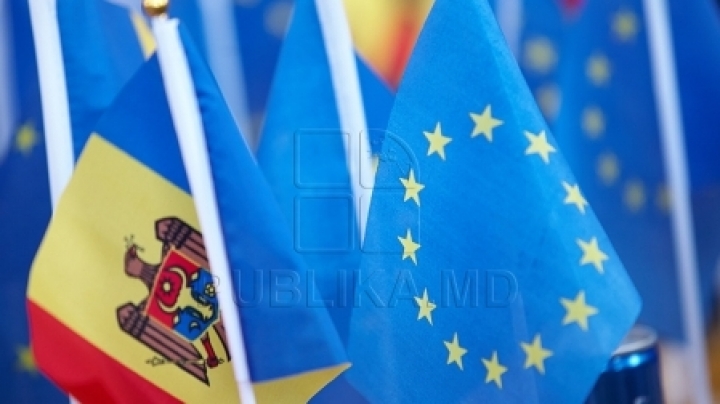 A historic day for Moldova! The cornerstone document this country signed with the European Union enters force today. On this occasion, the Moldovan MPs and Cabinet have held a joint session.

"Starting today, Moldova is not just the EU’s partner, it’s an associate state to the EU. Considerable efforts have been made. Perhaps it’s time to mention that less politics and more work is the label we could use for the cooperation and work of the last six months. I am categorical in saying that in six months of cooperation one has done more than in two years,” the president of the Legislature said.

Premier Pavel Filip has sent a message to oposition parties and to the ones hoping Moldova will give up the European course.

"I want to say to all the detractors and to the ones hoping Moldova will give on the European Union, given the latest events happening in the EU: they are bitterly mistaken. We have but a single plan, plan A, the European Union, and we are actually to the same extent firm in accomplishing our commitment for reforms in Moldova. Our European and US partners stay with us at the same table. Summing up: we have managed to re-build our development partners’ trust in Moldova. I invite you to be ready to work hard, to keep the momentum and I am confident we’ll be successful," said prime minister Pavel Filip.

The dignitaries have broached the arrears to be liquidated till the end of the Parliamentary session. Amongst them: the package of bills referring to regulating the financial-banking system, bills regarding the national security, economy and culture.

"Perhaps the concept should be changed as far as the national security goes. We’ll make a decision next week and we’ll go on the right way,” said the chair of National Security Committee in the Parliament, Veaceslav Untilă.

"The law on Culture will be sent again to the Parliament. Other three bills: the Law on war tombs, the Libraries Law and the Museums Law await endorsement," said deputy Culture minister Igor Şarov.

"We’d like to propose the bill on regulating the work of the Energy Regulator. We’d like tio see some progress here,” said Economy minister Octavian Calmic.