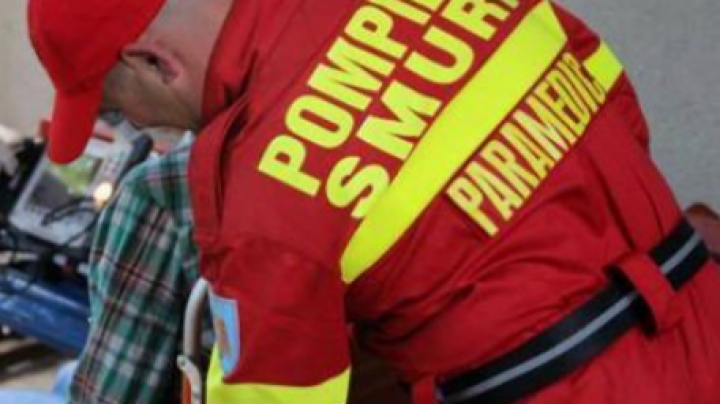 Save dozens of lives daily, workes for 24 hours instead of eight and is always ready for emergency situations. We are talking about Ion Spade, a SMURD paramedic in Balti town, who became the hero of the first edition of the show "A day" at Prime channel.

Production filmmaker, Cristian Tabara was with the paramedic for a whole day and has experienced each intervention team rescue operation.

A typical working day for Ion Spade begins in the early hours of the morning with coffee and rush to work, where no two days are expected to be easy. The first intervention takes place in a block of Balti town. There, an old woman has called on the paramedics because she could not move.

"When you save someone, you're coming home with a fulfilled soul" , said the paramedic.

"I have experienced every intervention with him" , said his wife.

After only one hour, Ion Spade has been requested again. A man fell off a ladder while trying to change a light bulb.

The man was transported to hospital and SMURD team went straight to another call.

Among the interventions, Ion Spade manages to deliver training for future paramedics. His working hours don't end in the evening, as most of ours. That's because paramedics work in shifts of 24 hours each, so after a day of filming follows a night of trials.

"A day" show comes to bring in your homes personalities from different fields. People you see on TV, but do not know about how they spend their days, what they eat, where they sleep and what are their passion. PRIME channel shows you the other side of the coin. The journalist Cristian Tabara in the one who knocks on the head the night and will attend our heroes for a day .

"A day" Show will begin every Monday, immediately after the main bulletin on PRIME channel, at 21:00 p.m.