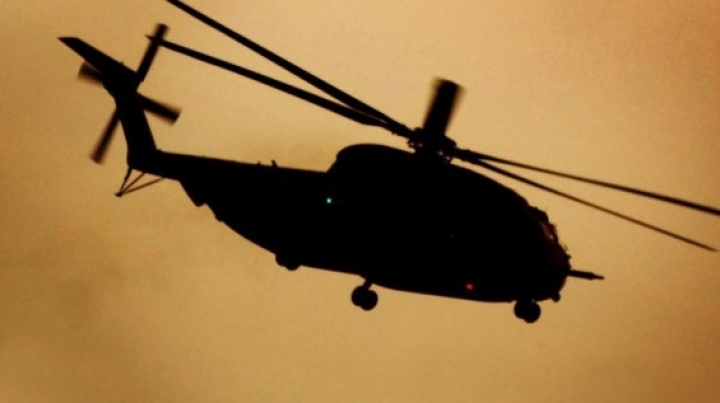 A chopper registered in Moldova has forcefully landed in Afghanistan, shortly after takeoff.

After the incident, the members of the crew did not receive any injuries. Also there were no damages to the transported goods.

The incident took place on Wednesday, 3 august 2016. An helicopter of Mi-8 MTV-1 type, of "Aim Air" air operator, registered in Moldova, was involved in an aeronautical incident.

The Civil Aeronautical Authority of Moldova has been informed by the fact that, at 10.00 UTC, after takeoff on Camp Comando field (Afghanistan), the chopper had a forced landing.

According to preliminary version, it was caused by unfavorable weather conditions, at that moment being registered strong wind gusts.

All crew members, the transported goods and the staff escorting the goods did not sustain any injuries.

The aircraft has passed the technical review in 2016, and the crew was tested in the simulator in June 2016.

The Civil Aeronautical Authority of Moldova intercommunicates with Afghan authorities for establishing all the incident circumstances.