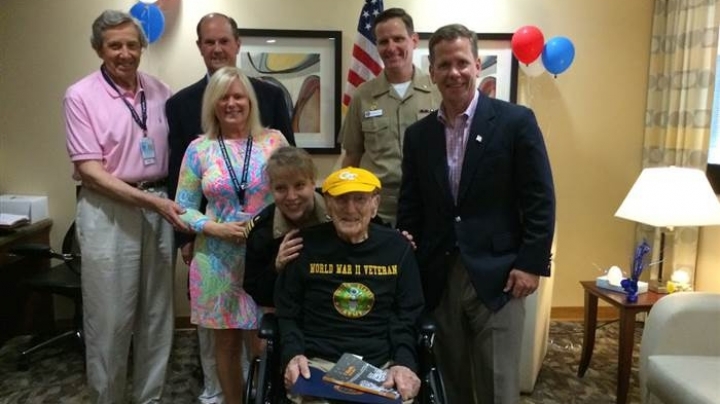 Chester Gryzbowski has earned a yellow RAT cap and a T-book — symbols of student life at Georgia Tech — but he is no ordinary freshman, says Today News.

At a ceremony on Saturday, the 104-year-old World War II veteran realized a dream that had been deferred for more than 80 years when Georgia Tech made him an honorary student.

Gryzbowski, who will turn 105 on June 27, is certainly the only freshman at Georgia Tech who was alive when the tradition of the RAT cap began in 1915. The small yellow cap was created to signify students' freshman status to the rest of the campus.

Illinois congressman Bob Dold also presented him with a special letter of recognition from Georgia Tech and a T-book of traditions given to every freshman to get them acquainted with the school's history. Gryzbowski told stories from his time in the service and the nearly 30 years he spent as a butcher at what is now Jewel-Osco grocery stores.

The combination of the Great Depression and World War II prevented Gryzybowski from realizing his dream of studying civil engineering at the university. After he graduated from high school, his parents couldn't afford to send him to college.

He went to work for the Civilian Conservation Corps in various states, earning money to help his family. Gryzbowski then returned to work as a butcher for his father before being drafted into the U.S. Army in 1942.