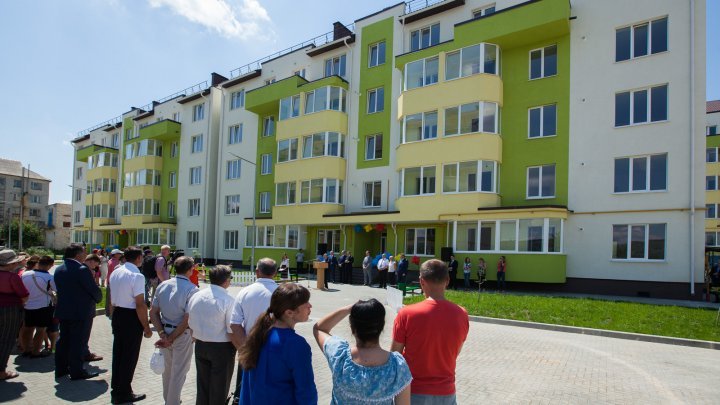 93 families in Nisporeni will have new houses. Four social blocks have been inaugurated in Vărzărești. The houses will benefit families with many children, young specialists employed in state institutions and people with disabilities. They are equipped with all the necessary conveniences. The project value is 2.8 million euros. 65 percent of the amount was provided by the Council of Europe Development Bank, and 35 percent contributed by local authorities.

A committee has been set up to select beneficiaries, 73 families have been chosen.

"It is a very important project for Nisporeni because the young specialists will work in this public administration, who will work in public system and in private domain but have problems with housings", said Grigore Robu, the mayor of Nisporeni.

The keys to the new homes were handed over by the premier, Pavel Filip.

"I wish you to be happy with your family and have the most beautiful moments in your houses", said Pavel Filip, prime minister.

"I want to thank everyone who have been involved in this project from the beginning to the end", said Vasile Bâtca, president of Nisporeni PDM.

Over 200 social apartments have been built in the districts of Călăraşi, Briceni, Soroca, Sângerei, Hânceşti and Leova.