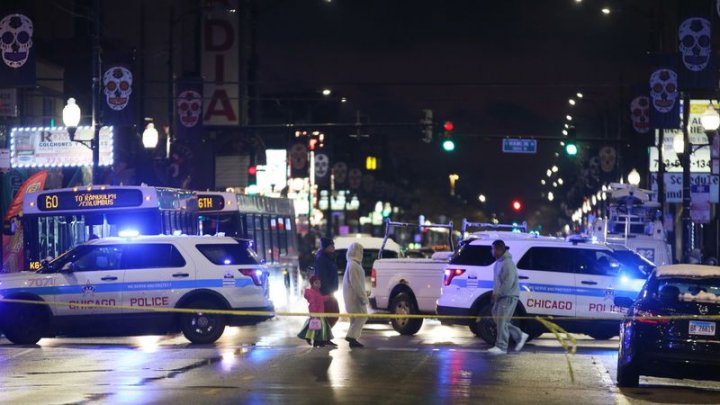 A 7-year-old was shot in Chicago while trick-or-treating Thursday evening by a gunman targeting someone else, police said. The girl is in critical condition.

"This is unacceptable," Chicago police spokesman Rocco Alioto said, according to NBC Chicago. “This was a 7-year-old girl that was trick-or-treating and happened to be shot because a group of guys wanted to shoot another male with a street full of kids trick-or-treating."

The shooting happened about 5:30 p.m. in the Little Village neighborhood on Chicago’s west side, and a 31--year-old man was also hit. He and the 7-year-old were on 26th Street when two males and a gunman opened fire.

The girl was not the intended victim, Chicago police spokesman Anthony Guglielmi tweeted. He called the violence a "senseless incident."