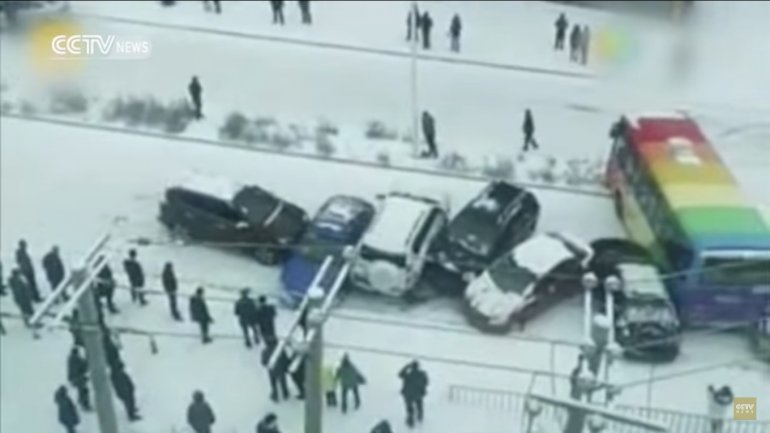 Due to heavy snow in Jixi city, northeast China’s Heilongjiang Province, 9 vehicles on Saturday crashed into each other after a domino-effect pile-up on an inclined section of road, reports CCTV News on its Youtube account.

Captured by a cell phone, the footage shows an out-of-control vehicle skid into a taxi, pushing it into another vehicle.

The snow-covered road was described as being like a “skating rink,” and police later arrived at the scene to seal off the section of the road.