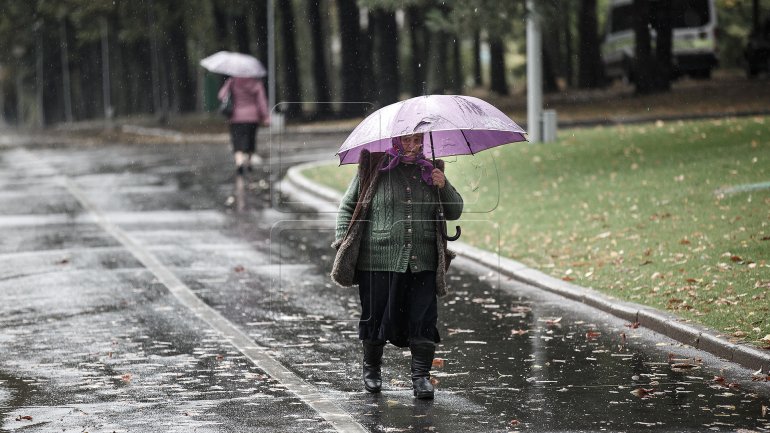 (Update 17:43) "As a result of the rains, 86 localities from 18 districts are left without power. The roads towards Cahul and Comrat were blocked because of fallen trees, but the Emergency Situations intervened and cleared them. In Chisinau is prohibited traffic on Albisoara street, at the crossroads with Ismail street, it is impracticable" declared Alexandru Jizdan, minister of Internal Affairs.

The announcement was done during the Government meeting.

(13:51) The bad weather left 96 localities from 3 districts without power.

The heavy showers are continuing even now. According to meteorologists, during last night fell between 15 and 40 liters of precipitations per square meter, and during the day will reach a volume of up to 50 liters.

In these conditions, the population is warned to be cautious, to protect their houses and goods from floodings, and to avoid travelling by car in this period. The weather will get to normal from Friday, 14 October 2016.