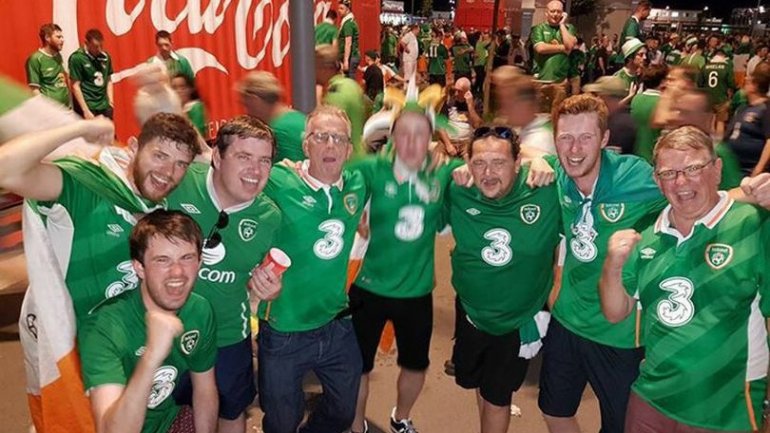 The dedicated fans look like they will spend a minimum of €16,000 combined to cover an extra night’s stay, travel costs and food and drink.

Eighty Birmingham based Irish football fans have been hit hard in the pocket after Ryanair cancelled a flight they had booked to see next month’s vital World Cup qualifier against Moldova in Dublin.

The group, all members of the Midlands Irish Supporters Club, were set to travel on October 6, the day of the big match, but, as that flight was one of those scrubbed by the low fare airline, they have had to rebook on another flight and stump up for a further night’s accommodation.

Trip organiser Paddy Foy revealed: “Ryanair will reimburse us for the cancelled flight but we now have to fork out for a second night’s stay in a hotel if we can get one.

“Originally we were all booked into a hotel on the southside near the ground but as we now have to fly in the day before the game they can’t help us as they are fully booked on the Thursday.

“It means the gang is now going to be split up all over the city if we can even all find somewhere to stay.

“Dublin is a busy place most nights of the week never mind in and around a big match, and when you add the costs of taxis from wherever we all end up to where we are staying on the Friday to the price of an additional nights stay it all adds up.

“We are going to be down a couple of hundred of euros each and that all adds up, the whole point of the trip is not to do it on the cheap but to do it as cheaply as possible.

“Some of us now have to take an extra day off work just to get there and it’s through no fault of ours at all.

“Ryanair have played by the rules, they were obliged to give us fourteen days notice of the cancellation and they gave us eighteen, so they don’t have to pay for our extra nights stop over, but just because they operated within the rules does not mean they are right.